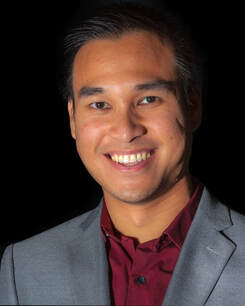 Chavadith Tantavirojn [CHA-va-dith TAN-ta-vuh-road] is a renowned composer, arranger, and
music educator based in the Bay Area of Northern California. He is the Director of Percussion at
Saratoga High School in Saratoga, California, where he oversees the concert percussion
program, including all concert bands, symphony orchestra, chamber ensembles, and jazz
ensembles. Additionally, Mr. Tantavirojn is the Front Ensemble Caption Head and Arranger for
Saratoga High School’s award-winning Marching Band and Winter Percussion since 2016--
where he composes for both of these ensembles annually.

Specializing in the art of percussive pageantry, Mr. Tantavirojn is currently the Front Ensemble Caption Head and Arranger for the Blue Devils B Drum & Bugle Corps--a position he has held since 2019. Previously, he was the Front Ensemble Manager for the Santa Clara Vanguard Cadets with four successful seasons winning three DCI Open Class Championships and three High Percussion titles during his tenure.

Mr. Tantavirojn attended the University of California, Santa Barbara and graduated with a Dean’s Honor and a Bachelor of Music degree in Music Composition. He was also a recipient of the Eliz Dineen Scholarship for Music Composition.

When not teaching or composing music, Mr. Tantavirojn enjoys going on his 15-mile runs, watching the Amazing Race, and exploring new trails at Castle Rock.