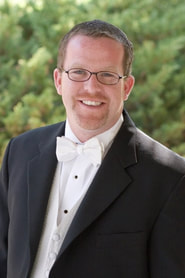 Michael Boitz is Director of Orchestra and Band at Saratoga High School, Saratoga, CA, where
he is serving in his 24 th year, 20 years of which he served as Visual and Performing Arts Chair.
After starting out as the single Instrumental Music Director at Saratoga HS in 1998 with a small
number of students participating in just two ensembles, the Saratoga High School Instrumental
Music Ensembles have developed a reputation for excellence at the state, national, and
international level under his leadership, and include nearly 40% of the school’s student body.
While the Saratoga HS program now has multiple Directors, Michael continues to work with
both Orchestra’s and Bands as he committed to doing so upon his arrival in 1998 to help in
keeping all aspects of Saratoga’s Music Department vibrant. Jason Shiuan, the schools current
Department Chair, is an alum of the Saratoga HS Music Department, as are both of the feeder
middle school Directors, Jonathan Jow and Isabel McPherson.

Michael has led Saratoga HS on concert tours to Spain, Austria, Switzerland, Germany, the Netherlands, Belgium, and Australia. International festivals have included the WASBE (World Association of Symphonic Bands and Ensembles) Conference in Utrecht, NL, the World Music Contest in Kerkrade, NL, the Mid-Europe Music Festival in Schladming, AT, the Jungfrau Music Festival in Interlachen, CH, and twice at the former Vienna Youth in Music Festival in Vienna, AT. The advanced orchestra at Saratoga High School, Saratoga Strings, has performed twice at the Midwest Clinic in Chicago (2014, 2018), as well as state and regional conferences on multiple occasions. The Saratoga High School Marching Band has performed at both the Macy’s Thanksgiving Day Parade (2012), and the Tournament of Roses Parade (2016), along with multiple Bands of America Regional Championships.