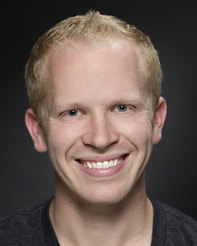 Andrew Ford is a California native, and active performer, conductor, and musician. He has participated in festival choirs throughout Europe, performed at Carnegie Hall, toured as part of the chorus for Star Wars in Concert, and sang backup to artists such as Dionne Warwick and the Rolling Stones. While studying music at San Jose State University, Andrew had the privilege of touring and performing locally and globally with the illustrious Choraliers. He also spent time serving as the President of the SJSU collegiate chapter of ACDA.

Mr. Ford has also worked as a vocal director for numerous companies throughout the Silicon Valley including, Children’s Musical Theater San Jose (CMTSJ), Fisher Middle School, the Addison-Penzak Jewish Community Center, and Cupertino High School. Over the years, Andrew has had the honor of working on many firsts for CMTSJ, including the west-coast premier of Disney’s Tarzan. Other vocal directing favorites include; Disney’s Mary Poppins, White Christmas, Avenue Q, Legally Blonde, The Wiz, Sound of Music, Secret Garden, Barnum, Xanadu, and The Drowsy Chaperone. Mr. Ford is looking forward to completing his first full year as Director of Choral Activities at Saratoga High School.
Email Mr. Ford