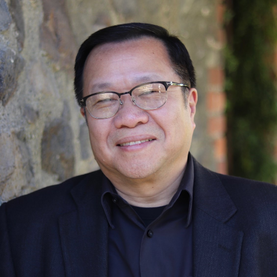 Norman Dea retired in June 2018 from the Acalanes Union High School District after a distinguished 35-year teaching career. Prior to his retirement, he served for ten years as Director of Instrumental Music at Acalanes High School in Lafayette, and served in a similar capacity for twenty-five years at Las Lomas High School in Walnut Creek. His Las Lomas and Acalanes performing ensembles held a reputation for musical excellence of the highest caliber and had consistently received Unanimous Superior Ratings and Gold Awards at music festivals throughout California and abroad. He currently serves as a Lecturer at California State University East Bay where he is a field supervisor for student teacher candidates in music education.

Mr. Dea has led concert tours throughout California, Hawaii, Spain, Germany, and Austria, performing at historic locations in Barcelona, Peniscola, Valencia, Munich, Salzburg, and Vienna. His groups have also appeared as showcase ensembles at the CMEA State Conferences and the California Band Directors Association (CBDA) All-State Conventions. Well versed in the wind band and orchestral repertoire, Mr. Dea is highly regarded as an educator, adjudicator, clinician, and music education consultant. He is also a sought-after guest conductor of district, county, regional, and state honor ensembles in the Western United States. He has presented sessions at local and state conferences, including CMEA Bay Section, CMEA Central Section, CASMEC and the HMEA Hawaii Music Educators Association State Conference held at the University of Hawaii at Mānoa.

A tireless advocate of music education in our schools, Mr. Dea has served as President of CBDA-California Band Directors Association. He has served with distinction as President of CMEA-California Music Educators Association and is a Past President of CMEA Bay Section. He has also recently completed his term as Administrative Advisor to CODA-California Orchestra Directors Association. He is the Founder of the Contra Costa County High School Honor Band and serves on the Advisory Board of Cazadero Music Camp. He is an appointed member of the Midwest Clinic Advisory Committee and the John Philip Sousa Foundation Legion of Honor Laureate Committee. He is also an appointed member of the NAfME Council for Band Education as the Western Division Representative.

Mr. Dea is a product of the San Francisco Unified School District and is a proud 1981 graduate of San Francisco State University. He is very familiar with the renowned Saratoga High School Instrumental Music Program and their outstanding faculty, and is proud to be part of the Saratoga music family for the Fall 2020 semester!